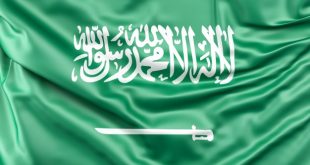 If you call us , we speak to you in English and you do not need to know persian

If you are faced with the problem of lack of familiarity with the Persian language when you are in Iran, if you require interpreter to participate in seminars, conferences, participation in international exhibitions, doing paperwork, health affairs and etc.

Parsis Translation Center with specialist and committed staff will come to greet you from the moment you arrive to the airport in Iran. And they will be with you during your stay.

Parsis Translation Center, having translators for more than 25 languages translating international languages as the first center in the country with the lowest price will be at your service.

Parsis Translation Center to ensure translations quality, will receive the cost after delivery.

preparing visa , booking hotels and and apartment in Iran ( Tehran )

companion interpreter with car and drivet

Iran (/ɪˈrɑːn/ , us also /ɪˈræn/, /aɪˈræn/;[11][12] Persian: ایران‎‎ Irān [ʔiːˈɾɒːn] ), also known as Persia (US /ˈpɜːrʒə/, UK /ˈpɜːrʃə/),[13]officially the Islamic Republic of Iran (جمهوری اسلامی ایران Jomhuri-ye Eslāmi-ye Irān [d͡ʒomhuːˌɾiːje eslɒːˌmiːje ʔiːˈɾɒːn]), is a sovereign state in Western Asia.[14][15] It is bordered to the northwest by Armenia, the de facto Nagorno-Karabakh Republic, and Azerbaijan; to the north by the Caspian Sea; to the northeast by Turkmenistan; to the east by Afghanistan and Pakistan; to the south by the Persian Gulf and the Gulf of Oman; and to the west by Turkey and Iraq. Comprising a land area of 1,648,195 km2 (636,372 sq mi), it is the second-largest country in the Middle East and the 18th-largest in the world. With 78.4 million inhabitants, Iran is the world’s 17th-most-populous country.[16][17] It is the only country with both a Caspian Sea and an Indian Ocean coastline. The country’s central location in Eurasia and Western Asia, and its proximity to the Strait of Hormuz, make it of great geostrategic importance.[18] Tehran is the country’s capital and largest city, as well as its leading economic center.

Iran is heir to one of the world’s oldest civilizations,[19][20] beginning with the formation of the Proto-Elamite and Elamite kingdoms in 3200–2800 BC. The area was first unified by the Iranian Medes in 625 BC, who became the dominant cultural and political power in the region.[4] Iran reached its greatest geographic extent during the Achaemenid Empire founded by Cyrus the Great in 550 BC, which at one time stretched from parts of Eastern Europe in the west, to the Indus Valley in the east, making it the largest empire the world had yet seen.[21] The empire collapsed in 330 BC following the conquests of Alexander the Great, but reemerged shortly after as the Parthian Empire. Under the Sassanid Dynasty, Iran again became one of the leading powers in the world for the next four centuries.[22][23]

Iran is a founding member of the UN, ECO, NAM, OIC, and OPEC. A multicultural country comprising numerous ethnic and linguistic groups, most inhabitants are Shia Muslims and Persian is the official language.[34]